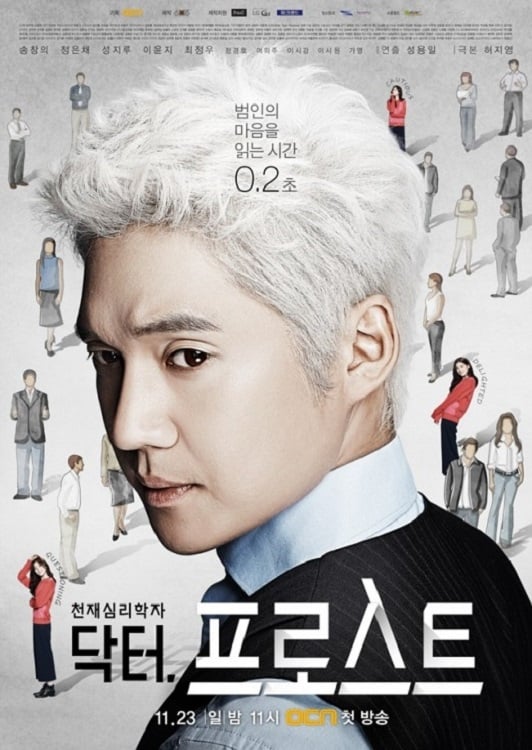 Baek Nam Bong (Song Chang Ui) is known as Dr. Frost. He became a professor in psychology at early age. He is extremely bright, but he has difficulties sympathizing with others due to an injury to his frontal lobe as a child. During the day, he now works as a counselor at the campus counseling center and at night he works as a bartender. He then begins to work with a teaching assistant, Yoon Sung Ah (Jung Eun Chae) at the counseling center. Yoon Sung Ah is enthusiastic with the clients needing counseling. They work together to solve problems who ... 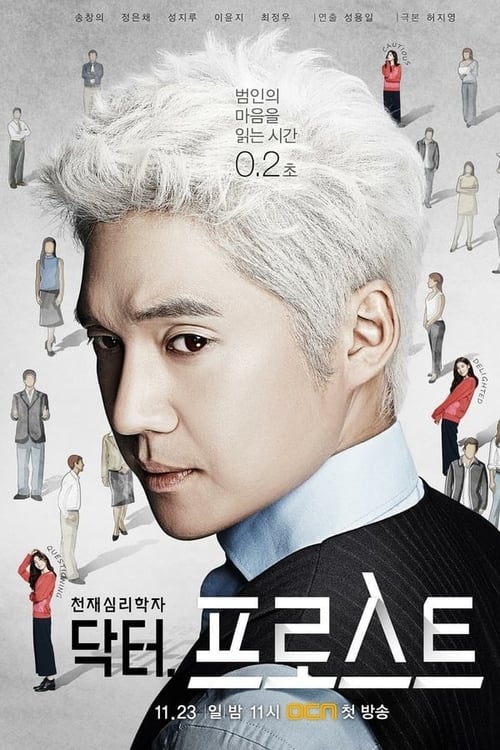 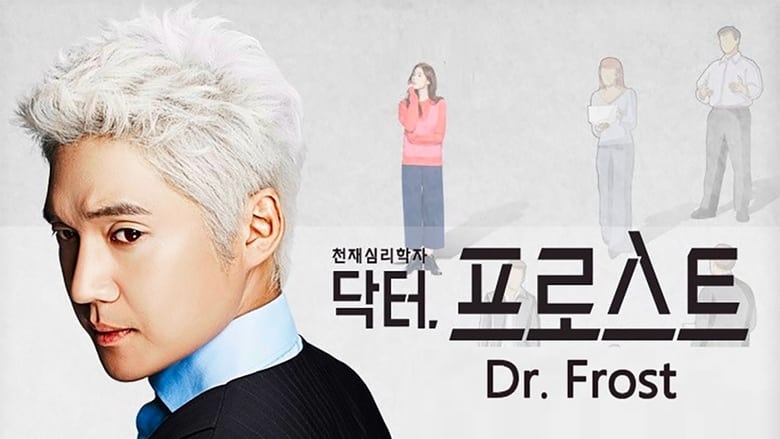 Bring It On, Ghost

Hyun-Ji studied for her 19 years before she died in an accident. She is now a ghost and has wandered around the world for several years. Hyun-Ji then meets exorcist Park Bong-Pal. Hyun-Ji and Bong-Pal listens to various stories from ghosts and sends them to the otherworld.

What would you do if you found out that you were, in fact, a character in a comic? And an extra character on top of that? Change the course of the story, obviously! Eun Dan Oh is a 17-year-old high-school student from a wealthy family who suffers from a lifelong heart condition that inevitably means she will not live past her teenage years. However, when Dan Oh realizes she is experiencing long gaps in her memory as well, she comes into the unhappy inheritance of another fact in her life: she is a character in a Korean webtoon and all of her actions are predetermined by the artist who draws her.

4 young men who don't have jobs face a woman in an alley. The woman says "save me."

A profiler and a prosecutor must uncover the hidden secrets surrounding unique items with supernatural powers and a conspiracy. Kang Gon is a prosecutor full of justice and a warm heart. In order to save his niece Da In, he jumps into a conspiracy surrounding an item having supernatural powers. Kang Gon works with a criminal profiler Shin So Yeong.

The Bride of Habaek

Yoon So Ah is a pragmatic neuropsychiatrist who carries a tremendous financial burden to run her own practice. Her family has been tasked with serving Ha Baek, a reincarnated water god, for many generations, and So Ah is forced to do the same. Ha Baek starts to develop feelings for So Ah, but he has competition for her heart from Hoo Ye, the CEO of a resort company, who clashes with So Ah over a piece of land but then falls in love with her. Can a relationship between a mortal female and a god have a future?

Jang Geu Rae played the board game “baduk” (a strategy game somewhat like chess) since he was a child. Playing the game was everything to him, but he failed to become a professional baduk player. Now he is thrown out into the real world. By an acquaintance’s recommendation, He is able to begin to work at Wonin International as an intern and struggles to adapt working at a company. Meanwhile, Ahn Young Yi is a competent and intelligent new intern and Jang Baek Ki is another co-worker. Oh Sang Sik will play their boss.

Cheese in the Trap

Hong Seol and Yoo Jung attend the same college, but they couldn't be more different. Hong Seol is a poor, unpopular student with no money, while Yoo Jung is rich, well-liked, extremely smart, and popular. Hong Seol just wants to get through her college career quietly, but finds herself getting caught up in whatever Yoo Jung drags her into. Can Hong Seol break away, or will she continue to be the only person who sees Yoo Jung's true self?

Love Alarm is an app that tells you if someone within a 10-meter radius has a crush on you. It quickly becomes a social phenomenon. While everyone talks about it and uses it to test their love and popularity, Jojo is one of the few people who have yet to download the app. However, she soon faces a love triangle situation between Sun-oh whom she starts to have feelings for, and Hye-young, who has had a huge crush on her.

Clean with Passion for Now

Gil Oh-so, an employee at a cleaning company, meets Jang Seon-gyul, the boss of the company. The two are diametric opposite when it comes to cleanliness. With the help of Oh-sol, Seon-gyul faces his mysophobia and falls in love with her.

Follow Moon Seok Goo, Oh In Bae, and Pielleggu as they band together to steal trade secrets from DM Group’s competitor.

Koo Seo Jin reaches an all-time low when he uses his power as a theme park director to decommission Wonderland's popular circus. Refusing to give into the demands of her frosty boss, ringleader Jang Ha Na puts up a fight, but is thrown off guard when Seo Jin's secret persona reveals itself with genuine kindness. In the battle to save her circus, Ha Na realizes she must tease out Seo Jin's brighter side with magic, wonder and love, but who's listening — Jekyll or Hyde?

Damo is a 2003 South Korean fusion historical drama, starring Ha Ji-won, Lee Seo-jin, and Kim Min-joon. Set in the Joseon Dynasty, it tells the story of Chae-ok, a damo relegated to the low-status job of a female police detective who investigates crimes involving women of the upper class. Chae-ok shares a forbidden love with her mentor and superior Hwangbo Yoon, but while working undercover on a counterfeit ring case, she finds herself drawn to Jang Sung-baek, the mysterious leader of the rebel army she has infiltrated. It aired on MBC from July 28 to September 9, 2003 on Mondays and Tuesdays at 21:55 for 14 episodes.

A romantic comedy about superstitious woman who tries to change her foretold fate by seducing a virgin and nerd guy. Bo Nui is a superstitious woman who relies too much in fortune-telling. One day she gets to know that if she doesn't sleep with a virgin man born in 1986 (year of tiger), she will die soon. She then meets an incredibly stingy guy Soo Ho. Bo Nui learns that he matches the conditions set forth by the fortune teller and sets out to seduce him. Unfortunately for her, Soo Ho is a nerd CEO of a game company who trusts only in logical and scientific things.

My ID is Gangnam Beauty

This romantic comedy chronicles the life of Mirae, who has always believed that her life would be better if she were born more beautiful. After she goes under the knife, she comes out looking like the beautiful woman she has always dreamed of becoming. She feels ready to take on the world for the first time, and she falls madly in love with Seok, the perfect man. Except Seok hates people who get plastic surgery.

The Girl Who Sees Smells

Three years ago, Choi Moo Gak was mysteriously entangled in the "Barcode" murder case, resulting in not only the death of his sister, but also in the loss of most of his senses. While unearthing the cold case, Moo Gak crosses paths with Oh Cho Rim, a fellow victim who gained the synesthetic ability to see smells, but lost all of her memories prior to the incident. Moo Gak and Cho Rim combine their strange powers to track down the culprit, but are they ready to confront the truth?

Kang Shin-Woo is a math teacher with a good looking appearance. He has not forgotten his first love Han Ji-Soo for the past 10 years. By an accident, he travels to the past when he was a high school student. There, he meets his younger self. Kang Shin-Woo struggles to make the younger Kang Shin-Woo's love come true.

Jo Deul-Ho, who came from a poor family background, is a promising prosecutor, but he can't ignore the corruption at his workplace. He becomes a whistle-blower and loses everything. Jo Deul-Ho then works to become a lawyer.

Kim Ji-Woon was born to a lawmaker father and doctor mother. He then went on to work at a big company, but he quit his job and stopped talking to his parents. Kim Ji-Woon meets a woman and begins to work as a housekeeper at her home. While doing his job, he listens to his customer's worries and gives advice to help them solve their problems.

Features three women from different walks of life coming together for revenge: a fish store ajumma who envisioned a better life for herself, a housewife who grew up an orphan, and a chaebol’s daughter who was raised like a delicate greenhouse flower. They’re an unlikely trio who would never otherwise meet, but they join forces to carry out their individual revenges. Although they start out as co-conspirators, along the way they’ll build a strong friendship. ~~Based on the webtoon "Buam-dong Revenge Social Club"