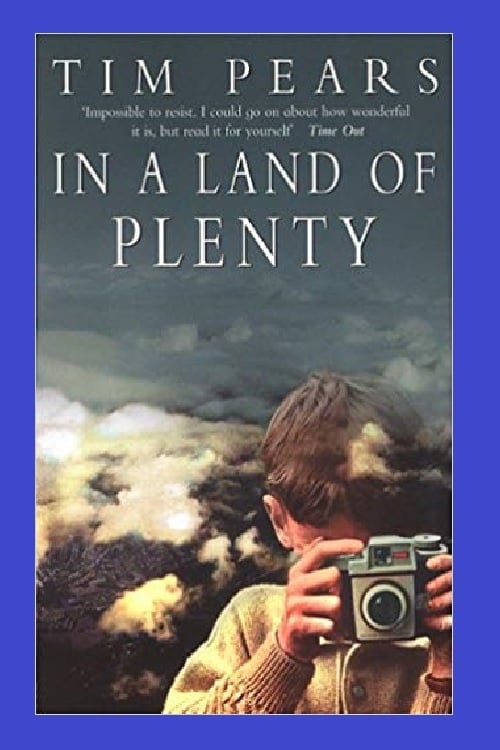 In a Land of Plenty

In A Land Of Plenty is a 10-episode British television drama serial produced by Sterling Pictures and Talkback for BBC Two in the United Kingdom. Adapted for television by Kevin Hood and Neil Biswas from the novel by Tim Pears. It was first broadcast in the United Kingdom in 2001 and describes a sprawling family saga taking place from the 1950s to the 1990s in England. Through the lives, deaths, tragedies and loves of the Freeman family, the series charts how Britain was shaped after World War II. It was subsequently broadcast in the USA on BBC ...

A chronicle of the lives of the aristocratic Crawley family and their servants in the post-Edwardian era—with great events in history having an effect on their lives and on the British social hierarchy.

Britain is in the grip of a chilling recession... falling wages, rising prices, civil unrest - only the bankers are smiling. It's 1783 and Ross Poldark returns from the American War of Independence to his beloved Cornwall to find his world in ruins: his father dead, the family mine long since closed, his house wrecked and his sweetheart pledged to marry his cousin. But Ross finds that hope and love can be found when you are least expecting it in the wild but beautiful Cornish landscape.

The War of the Worlds

In Edwardian England, George and his partner Amy attempt to defy society and start a life together as they face the escalating terror of an alien invasion, fighting for their lives against an enemy beyond their comprehension.

Margaret Hale is a southerner from a country vicarage newly settled in the industrial northern town of Milton. In the shock of her move, she misjudges charismatic cotton mill-owner John Thornton, whose strength of purpose and passion are a match for her own pride and willfulness. When the workers of Milton call a strike, Margaret takes their side, and the two are brought into deeper conflict. As events spiral out of control, Margaret - to her surprise - begins to fall in love with Thornton...

An intoxicating love story set in England's first department store in the 1870s. The Paradise revolves around the lives of the people who live and work in the store, each bound in their own way by the power of the world they live in, and the pasts that follow them there. A love story, mystery, and social comedy all in one.

Following the fact-based historical book of the same name, this drama follows the rise of Cromwell as he becomes Henry the VIII's closest advisor. England in the 1520s is a heartbeat from disaster. If the King dies without a male heir, the country could be destroyed by civil war. Henry VIII wants to annul his marriage of twenty years and marry Anne Boleyn. The Pope and most of Europe oppose him. Into this impasse steps Thomas Cromwell: a wholly original man, a charmer, and a bully, both idealist and opportunist, astute in reading people, and implacable in his ambition. But Henry is volatile: one day tender, one day murderous. Cromwell helps him break the opposition, but what will be the price of his triumph?

The Bletchley Circle follows the journey of four ordinary women with extraordinary skills that helped to end World War II. Set in 1952, Susan, Millie, Lucy and Jean have returned to their normal lives, modestly setting aside the part they played in producing crucial intelligence, which helped the Allies to victory and shortened the war. When Susan discovers a hidden code behind an unsolved murder she is met by skepticism from the police. She quickly realises she can only begin to crack the murders and bring the culprit to justice with her former friends. The Bletchley Circle paints a vivid portrait of post-war Britain in this fictional tale of unsung heroes.

A rich and comic drama about the people of Cranford, a small Cheshire town on the cusp of change in the 1840s. Adapted from the novels by Elizabeth Gaskell.

Cadfael is the name given to the TV series of The Cadfael Chronicles adaptations produced by British television company ITV Central between 1994 and 1998. The series was broadcast on the ITV network in the UK, and starred Sir Derek Jacobi as the medieval detective.

Period drama series about the brooding rivalry between former soldier Ross Poldark and local industrialist George Warleggan, and the two women in their lives. Based on the books by Winston Graham.

Yesterday wilderness. Tomorrow civilisation. In the Yorkshire Dales in the 1870s, the shantytown of Jericho is the home of a community that will live, thrive and die in the shadow of the viaduct they’ve been brought together to build.

London, 1605. Robert Catesby, a 33-year old Warwickshire gentleman, devises a plot to blow up Parliament and kill the King.

Adaptation of PD James's bestselling homage to Pride and Prejudice. Elizabeth and Darcy, now six years married, are preparing for their annual ball when festivities are brought to an abrupt halt.

Set in the small hamlet of Lark Rise and the wealthier neighbouring market town, Candleford, the series chronicles the daily lives of farm-workers, craftsmen and gentry at the end of the 19th Century. Lark Rise to Candleford is a love letter to a vanished corner of rural England and a heart-warming drama series teeming with wit, wisdom and romance.

Wives and Daughters is a 1999 four part BBC serial adapted from the novel Wives and Daughters: An Everyday Story by Victorian author Elizabeth Gaskell. It focuses on Molly Gibson (Justine Waddell), the daughter of the town doctor, and the changes that occur in her life after her widowed father chooses to remarry. The union brings into her once-quiet life an ever-proper stepmother (Francesca Annis) and flirtatious stepsister, Cynthia (Keeley Hawes), while a friendship with the local squire brings about an unexpected romance.

The Village tells the story of life in a Derbyshire village through the eyes of a central character, Bert Middleton.

Amy Dorrit spends her days earning money for the family and looking after her proud father who is a long term inmate of Marshalsea debtors' prison in London. Amy and her family's world is transformed when her employer's son, Arthur Clennam, returns from overseas to solve his family's mysterious legacy and discovers that their lives are interlinked.

Lipstick on Your Collar

During the Suez Crisis of 1956, two young clerks at the stuffy Foreign Office in Whitehall display little interest in the decline of the British Empire. To their eyes, it can hardly compete with girls, rock music, and the intrigue of romantic entanglements.