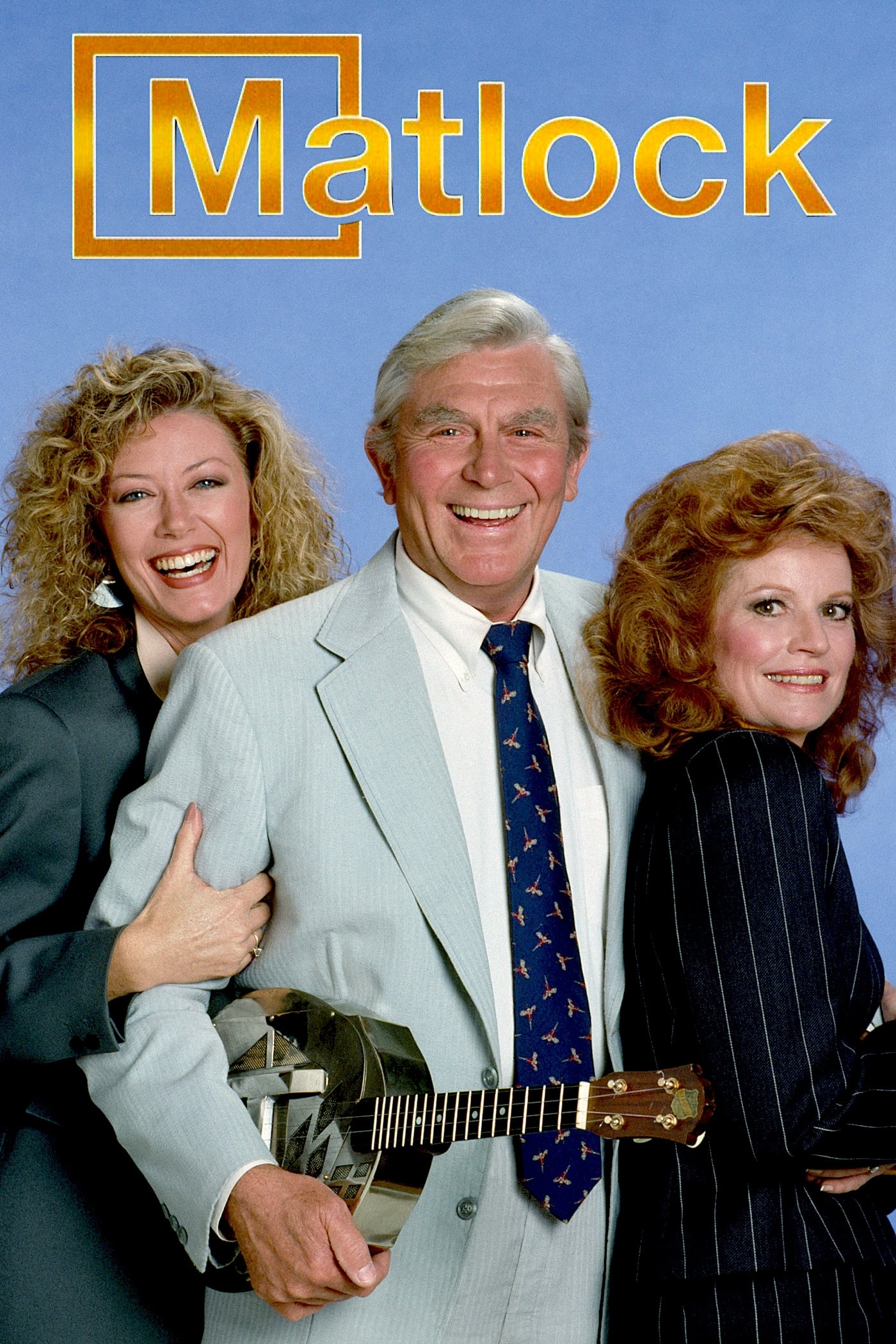 Matlock is an American television legal drama, starring Andy Griffith in the title role of criminal defense attorney Ben Matlock. The show, produced by The Fred Silverman Company, Dean Hargrove Productions, Viacom Productions and Paramount Television originally aired from September 23, 1986 to May 8, 1992 on NBC; and from November 5, 1992 until May 7, 1995 on ABC. The show's format is similar to that of CBS's Perry Mason, with Matlock identifying the perpetrators and then confronting them in dramatic courtroom scenes. One difference, however, ... 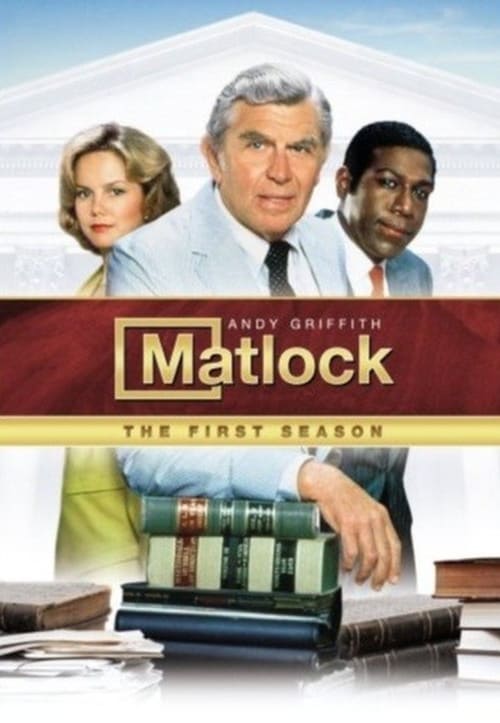 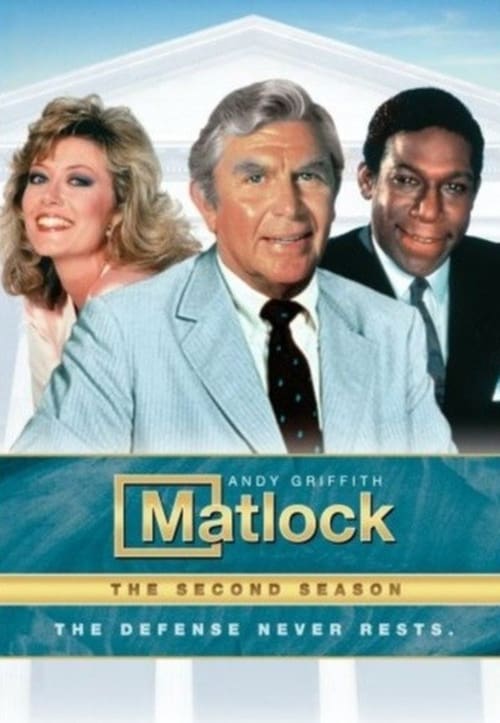 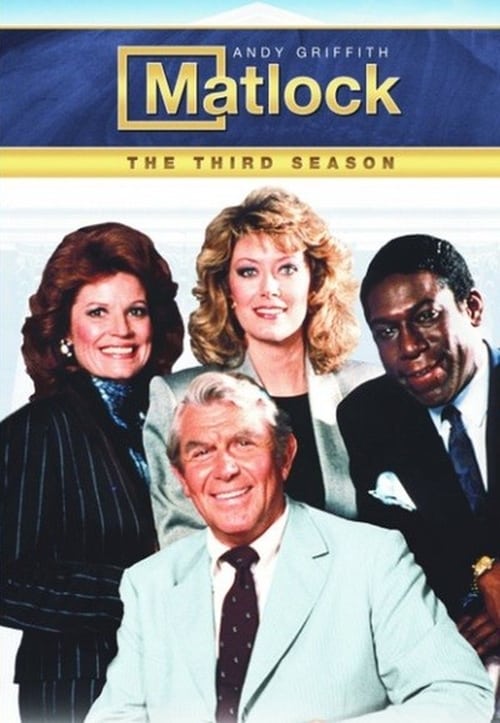 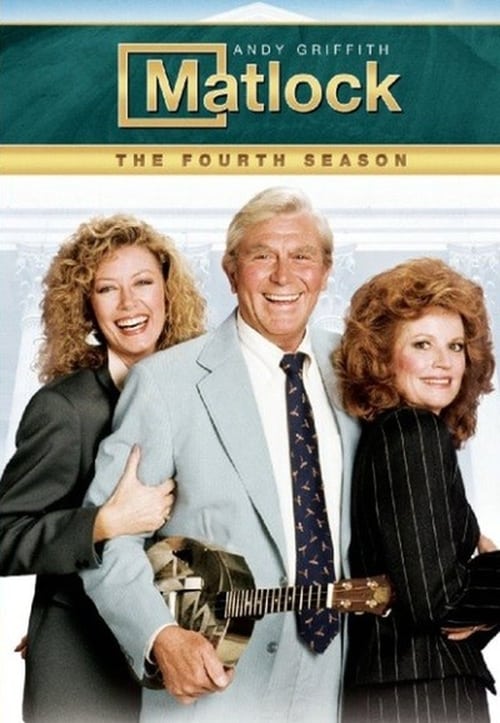 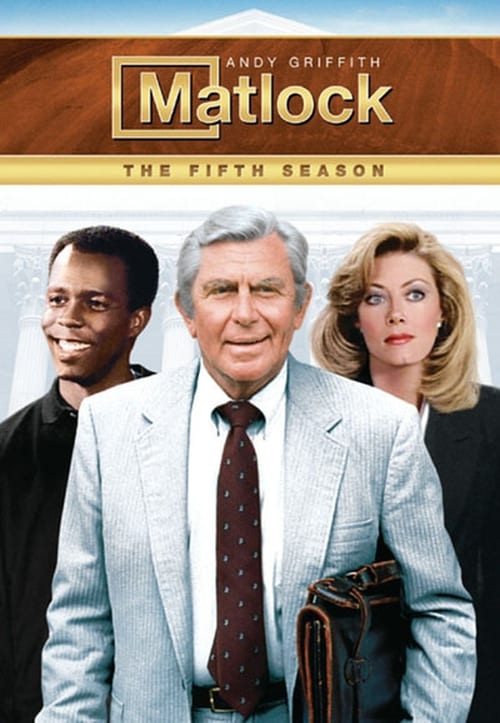 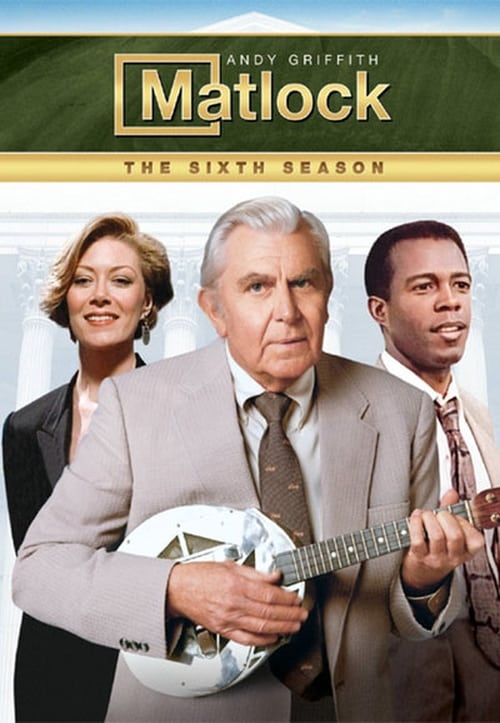 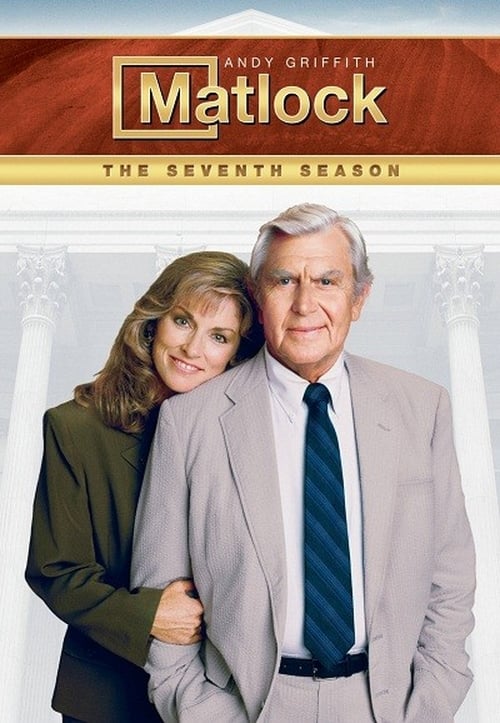 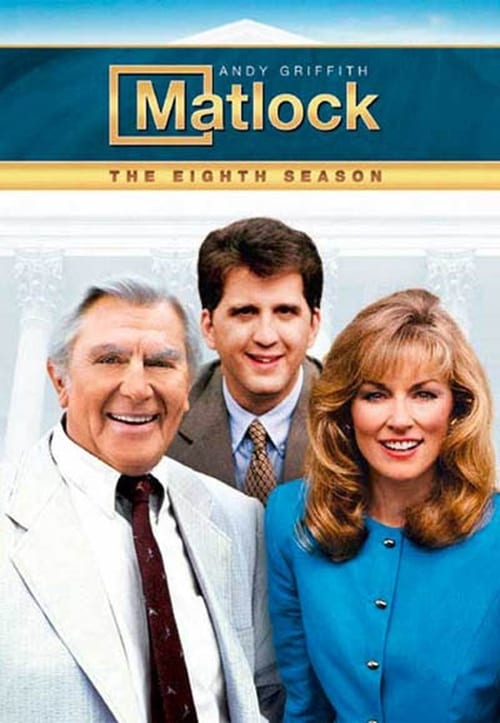 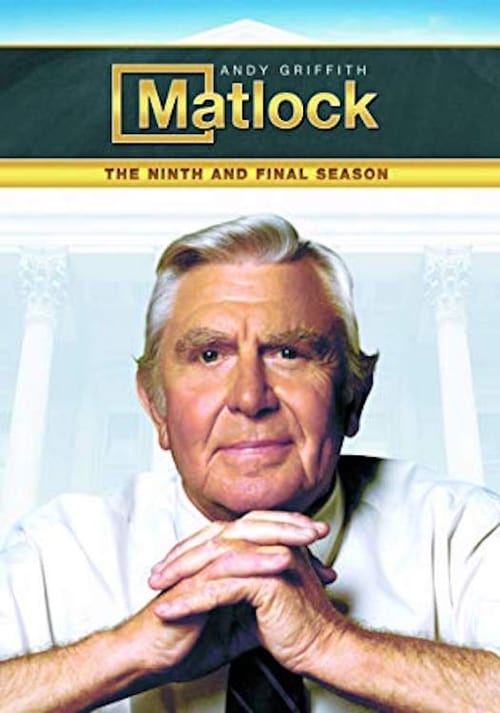 Picking up one year after the events of the final broadcast episode of "The Good Wife", an enormous financial scam has destroyed the reputation of a young lawyer, Maia Rindell, while simultaneously wiping out her mentor and godmother Diane Lockhart's savings. Forced out of her law firm, now called "Lockhart, Deckler, Gussman, Lee, Lyman, Gilbert, Lurie, Kagan, Tannebaum & Associates", they join Lucca Quinn at one of Chicago's preeminent law firms.

The cases of master criminal defense attorney Perry Mason and his staff who handled the most difficult of cases in the aid of the innocent.

How to Get Away with Murder

A sexy, suspense-driven legal thriller about a group of ambitious law students and their brilliant, mysterious criminal defense professor. They become entangled in a murder plot and will shake the entire university and change the course of their lives.

Kavanagh QC is a British television series made by Central Television for ITV between 1995 and 2001. It is often repeated on ITV3, and series 1–6 are available on Region 2 DVDs. The series starred John Thaw as barrister James Kavanagh QC who comes from a working-class upbringing in Bolton, Greater Manchester. This is only discovered in later episodes as his parents' health deteriorates and through an exchange with a colleague who presumed that Kavanagh was actually a Yorkshireman. The series dealt with his battles in the courtroom as well as his domestic dramas which include the death of his devoted and affectionate wife. Later he begins dating a fellow barrister. In court Kavanagh is usually seen to be defending a client who seems likely to be convicted until a twist in the case occurs, but occasionally Kavanagh is seen in a prosecuting role. The main plot often features Kavanagh confronting cases with a subtext of racism, sexism or other prejudice. In sub-plots comedy came from the pomposity and self-absorption of Jeremy, a posh barrister in chambers. Kavanagh will not stand for injustice and is never bullied by threats or bribes from those whom he is up against in the courtroom.

The Good Wife is a legal drama starring Emmy Award winner Julianna Margulies as a wife and mother who boldly assumes full responsibility for her family and re-enters the workforce after her husband's very public sex and political corruption scandal lands him in jail.

A provocative legal drama focused on young associates at a bare-bones Boston firm and their scrappy boss, Bobby Donnell. The show's forte is its storylines about “people who walk a moral tightrope.”

Alan shore and Denny Crane lead a brigade of high-Priced civil litigators in an upscale boston law firm in a series focusing on the professional and personal lives of brilliant but often emotionally challenged attorneys. A spin-off of long-running series The Practice.

While running from a drug deal gone bad, Mike Ross, a brilliant young college-dropout, slips into a job interview with one of New York City's best legal closers, Harvey Specter. Tired of cookie-cutter law school grads, Harvey takes a gamble by hiring Mike on the spot after he recognizes his raw talent and photographic memory.

In the criminal justice system, sexually-based offenses are considered especially heinous. In New York City, the dedicated detectives who investigate these vicious felonies are members of an elite squad known as the Special Victims Unit. These are their stories.

'Hyena' deals with very competitive, private lawyers who only work for the richest 1% of society. Lawyer Jung Geum Ja crosses the boundaries of law and lawlessness, justice and injustice, ethics and corruption, She is a true hyena that chases after success and money no matter what it takes. Armed with the strongest survival instincts, she endures through it all. Yoon Hee Jae is a successful, elite lawyer. Confident in his abilities, he possesses a brilliant mind that is wrapped around his ego. Using his skills to support the highest in the land, he’s an expert at maneuvering the law to cater to their needs.

An anthology series centered around some of history's most famous criminals.

Elegant, proper Grace and freewheeling, eccentric Frankie are a pair of frenemies whose lives are turned upside down - and permanently intertwined - when their husbands leave them for each other. Together, they must face starting over in their 70s in a 21st century world.

A prisoner becomes a lawyer, litigating cases for other inmates while fighting to overturn his own life sentence for a crime he didn’t commit.

When Walter White, a New Mexico chemistry teacher, is diagnosed with Stage III cancer and given a prognosis of only two years left to live. He becomes filled with a sense of fearlessness and an unrelenting desire to secure his family's financial future at any cost as he enters the dangerous world of drugs and crime.

Six years before Saul Goodman meets Walter White. We meet him when the man who will become Saul Goodman is known as Jimmy McGill, a small-time lawyer searching for his destiny, and, more immediately, hustling to make ends meet. Working alongside, and, often, against Jimmy, is “fixer” Mike Ehrmantraut. The series tracks Jimmy’s transformation into Saul Goodman, the man who puts “criminal” in “criminal lawyer".

The Defenders is an American courtroom drama series . It starred E. G. Marshall and Robert Reed as father-and-son defense attorneys who specialized in legally complex cases, with defendants such as neo-Nazis, conscientious objectors, civil rights demonstrators, a schoolteacher fired for being an atheist, an author accused of pornography, and a physician charged in a mercy killing.

L.A. Law is an American television legal drama series that ran for eight seasons on NBC from September 15, 1986, to May 19, 1994. Created by Steven Bochco and Terry Louise Fisher, it contained many of Bochco's trademark features including a large number of parallel storylines, social drama and off-the-wall humor. It reflected the social and cultural ideologies of the 1980s and early 1990s, and many of the cases featured on the show dealt with hot-topic issues such as abortion, racism, gay rights, homophobia, sexual harassment, AIDS, and domestic violence. The series often also reflected social tensions between the wealthy senior lawyer protagonists and their less well-paid junior staff. The show was popular with audiences and critics, and won 15 Emmy Awards throughout its run, four of which were for Outstanding Drama Series.

Damages is an American legal thriller television series created by the writing and production trio of Daniel Zelman and brothers Glenn and Todd A. Kessler. The plot revolves around the brilliant, ruthless lawyer Patty Hewes and her protégée, recent law school graduate Ellen Parsons. Each season features a major case that Hewes and her firm take on, while also examining a chapter of the complicated relationship between Ellen and Patty. The first two seasons center around the law firm Hewes & Associates. Later seasons center more on Patty and Ellen's relationship as Ellen begins to distance herself from Hewes & Associates and begins an independent career.